Pastor Advocates the Execution of Homosexuals

It's rare that I am truly shocked. I believe that, in most part, I have seen and heard everything. However, every now and again I am taken a back. A pastor advocating the public executions of homosexuals was one of those moments. 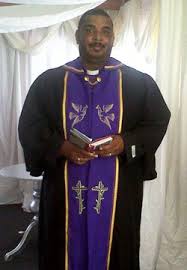 As you will recall, a couple of years back, I reported Pastor Oscar Bougardt for hate speech to the South African Human Rights Commission (SAHRC). The matter was escalated and taken further. Bougardt was found guilty last year of hate speech and the discrimination of people on the grounds of their sexual orientation. The matter went to the Equality Court and was referred to mediation. It is there were an agreement was reached and a court order signed prohibiting Bougardt, among others, from publishing further statements that are discriminatory or incite hatred or harm on the grounds of sexual orientation. In recent weeks Bougardt transgressed the court order and continued to publish such statements on the internet.

The statements published on public forums which transgressed the court order by Bougardt are:

I must admit that I was shocked to read his comments and even more shocked that he is making a mockery of the SAHRC and the Equality Court. I did contact the SAHRC informing them of Bougardt transgressing the court order and to lay a new complaint.  Bougardt proudly admitted that he is willing to go to jail for his backward believes and hate speech. Perhaps this time he will get his wish.

Till next time.
Posted by Bitter Bitches at 12:18