Camping When Nature Hates You.

Camping is a queer concept to me.  I mean really, who in their right mind would willingly submit themselves to the elements if they are not homeless, raised by wolves or competing for a million dollars?  If humans were intended to live in the bush or mountains we would not have evolved to be able to build houses, nice hotels or invented electricity and room service.  Don’t get me wrong.  I do love to do quad biking, horse riding and I do appreciate nature’s absolute splendor.  But this doesn’t mean I want to spend a night in nature, sleep in a sleeping bag in a tent with God knows what crawling over me.  I have been camping twice in my life and this was enough times for me to realize two things:  One, I don’t like “roughing it” and two, I do NOT do camping. 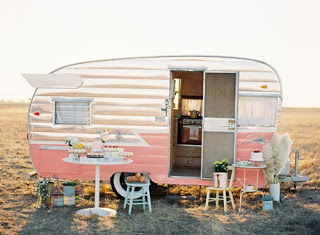 About ten years ago hubby and I decided to go hiking with my sister, brother-in-law and some friends.  It seemed like a good idea at the time.  We would spend two days hiking up a mountain, walking about 10 kilometers a day.  That is like 6.2 miles a day.  The selling point for me was that we would not need tents as we would be sleeping in what they called “chalets” and they said there was electricity at both “camping sites”.  The only down side, I thought, was that we would need to carry everything we needed in backpacks with us.  Optimism never served well, and in this case optimism would once again dismally fail me.

On arriving on the Friday, the first “camping site” was basically a room with a questionable roof on it, holes in the walls that you could literally see through and stretchers to sleep on.  No electricity.  No indoor toilet.  That was the very first time I in my life that I saw an outhouse or as they called it - a “long drop”.  I was mortified!  It was nothing more than a hole in the ground with a toilet seat on top of it, smelled like shit and there were steam billowing out of it the following morning.  All I could do, when I eventually had to number two, was to go in there, hold my breath and pray that the whole thing didn’t cave in while I was in there.  In retrospect, I think that’s where my fear of public toilets comes from.

The following day we started with the hike.  Ten kilometers is fucking far, especially if you are carrying 5kg on your back.  Needless to say I cursed a lot that first day.  My sister, the drama queen that she is, also had a complete dramatic melt down three quarters through when she had a cramp in her leg.  She was a whimpering mess and wanted to be medically evacuated off the mountain.  Needless to say that didn’t happen.  The rest of the hike she was whimpering out loud and I was crying and cursing on the inside.  Eventually, what felt like an eternity, we made it to the second camp and things only got worse from there.


Again the “camp site” was no Hilton Hotel and by all means worse than the first one, again with the outhouse, cracked walls and stretchers.  With blusters the size of plums on my feet and smelling like a funky monkey, I realized hiking was probably the worst idea I ever had.  All I wanted was to take a long hot relaxing shower.  Then came another shock.

The “camp site” had a shower but it was outside in the bush and if I wanted a hot shower I had to heat the water in a thing they called a donkey on the fire.  “No hot water, no indoor toilet, no indoor shower, no electricity.  Why the fuck did I do this to myself?” I remember screaming.  I wanted to get clean so I heated the water, carried the donkey to the outside shower and hubby and I got in and opened the release valve.  First came the searing hot water then in came a snake.  I literally peed myself and that was the shortest and most traumatizing shower I ever had.  They said it was a harmless snake, but at almost a meter long it didn’t look harmless at all.  Besides nobody in our hiking party was a reptile expert.  We could have all died.

On day two we hiked back, completely paranoid about snakes, to the first “camp site” but this time I was motivated by one thing and one thing only - I wanted to get the hell out of there!  It took us about six hours to reach the “camp site” and we left immediately.  I have never gone hiking again since but I did end up going camping a couple of years later.


My parents’-in-law are avid campers.  They own a caravan and all the camping equipment one would need to survive in the event that the apocalypse should destroy all man-made structures.  They go camping often and they invite us along often.  I have always found creative ways to avoid camping and declining their invitations.  That was until the one day about 5 years ago when I couldn’t get out of it.

My in-laws got me to agree to go camping and until this day I can’t remember how they did it.  They promised me that we will have our own fully equipped bathroom and that we would not have to share it with other people.  They also said there would be electricity.  The only down side was that hubby and I would have to sleep in a tent.  How bad could it be, I thought?  What is the worst that can happen, I thought?

On arriving at the camping spot I was delighted to find that my in-laws didn’t lie to me.  We did indeed have our own bathroom, kitchen and there was electricity.  I needed electricity for my portable air-conditioned, inflating our double bed, electric mosquito repellent, ice machine and emergency light.  We helped the in-laws unpack and then set about pitching our tent.  Pitching a tent in your pants is one thing but pitching an actual tent is a whole different story.


Tents are complicated things and the instruction manuals that come with them, I firmly believe, are written by people who are high on drugs or drunk.  They make no sense.  After a struggle, some sweat and an averted mental breakdown the tent was semi decently erected.  Our bed was inflated, the air-conditioner was running and mosquitoes were fleeing.  The whole camping spot was set up and I must admit I was rather proud of myself.  Everything was done and as I was standing there admiring our handy work, I thought to myself “So now what.  We are here; we are set up, so what exactly does one do when you are camping?”  As it turns out – not much!

The only things we had to do were to go down a waterslide and drink.  I broke my rib on the waterslide that day and later that evening I got drunk on vodka jelly shots.  I would have broken my nose too had it not been for the emergency light outside our tent.  You see, vodka jelly shot, darkness and tent ropes don’t mix.  Much later that evening, I sobered up a little and we went to bed and that’s when it happened.  Back then my father-in-law use to snore, the sound of which could scare away wildlife in a five kilometer radius.  His snoring sounded a lot like a mixture between a diesel engine coming apart and a pig choking on its own esophagus.  It kept me awake for a long time.

After eventually falling asleep I was roused from my not so peaceful slumber by something tickling my face.  I brushed it away and dosed off again.  Then it happened again.  “Stop it honey” I mumbled to which hubby mumbled back “Stop what?”


Just then the tickling went down my chin, down my neck and into my shirt.  I woke up, reached for my flash light opened my shirt and let out a petrified scream as only a twelve year old school girl can do.  I too am like Oscar Pistorius and scream like a woman when I am petrified.  There was a big hairy spider on my chest!  As I stared down at it in utter terror, its beady eight eyes stared back at me while its front feet were touching my nipple.  I felt sexually violated and petrified that it would bite off my nipple after it had finished molesting it.  Pandemonium broke out.  I survived.  The spider did not.  I lost three years of my life that morning and inhaled a whole can of Raid in the scuffle.  I still get nightmares.  We never went camping again after this.

Until such time as North Korea starts nuking the shit out of the world or when the Zombie Apocalypse happens and we are all forced to flee the city and find refuge in the mountains, I do not see any good reason why I should ever voluntarily go camping or hiking again.  No amount of bug repellent, vodka or inflatable and portable luxuries will see me leave the comfort of my home, or that of a hotel, to go and spent a night under the stars with the wild life, spiders, snakes and other hideous and possibly dangerous insect and animals.  Sure Broke Back Mountain made it look sexy, but in reality I would have had no problem quitting Ennis Del Mar as no high altitude fuck can be worth being dragged up a mountain to sleep in a tent and being crawled over and molested by spiders and snakes.  I find no shame in admitting that camping is not for me.