Oddly, there seem to be a couple of evangelist pastors out there who allegedly are experts on gay male sex. I kid you not.  Apparently they seem to know a great deal more about gay sex than what the average homosexual does.  Especially surprising to me is the resilience the male sphincter muscle (aka your asshole muscle) has according to them.  Apparently you can shove a whole baseball bat up there, your iPhone and a gerbil.  No wonder so many people get rectal exams in prison:  You never know what they could manage to smuggle in there; it could be anything from a nail file to a ladder.   Reflecting on some past comments of a certain Pastor Patrick Wooden I could not help but wonder, have we gay guys even begin to explore the wonderland that are our rectums. 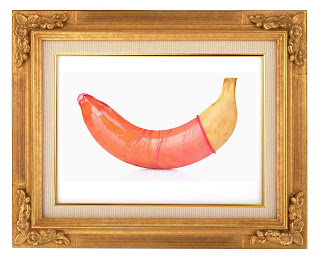 Pastor Wooden seems very preoccupied with gay male genitalia the and male anus.  After all it is in that general area where we like to keep things neat, tidy and in some cases bleached and pierced.  But, in Wooden’s defense, the anus is a wonderful organ.  It is resilient and can stretch when needed.  And the best of all you don’t even have to be gay to have experience this phenomena.  Straight people can experience this too.  I'm speaking to all those straight guys out there who like it when their girlfriends stick her fingers up their ass. You know who you are!  And I know that you are worried and wondering about being fingered and if that makes you gay.  The answer is no, it makes you ass bi-curious. But it's not just through sex and ass play when you can experience this.  Normal bodily functions also helps you experience the elasticity of your sphincter muscle more frequently than what you may think.

If you have ever been constipated and finally had that bowel movement that sets you free, you probably have experienced that glorious sensation.  You know that feeling when you push and push and you feel it is just too big to come out.  Finally, as the monster turd crowns and you feel like your asshole just is not big enough and about to exploded, it makes it’s way through and takes its final plunge leaving you relieved, proud and semi euphoric.  Well, gay anal sex is not completely unlike that.  Apart from the turd being a cock and instead of it coming out it goes in. I apologize for this graphic image that will now be stuck in your head for weeks to come. In my defense I did not make you read this, so technically it is your own fault. But I digress, lets get back to your asshole.

Like any good homosexual I am also partial to some ass play.  I, like some gay tops, can also be “ass curious” at times (If you don't know what that means Google will explain it to you).  But I can honestly say I have never shoved a baseball bat up my rectum nor have I attempted to insert any live stock or rodents.  Mostly, because I do not understand the logistics of it and I don’t condone animal abuse.  I mean honestly, how exactly do you force a little gerbil into a dark crevice if it doesn’t want to go in.  Doesn’t it have teeth and sharp little nails?  Or is that part of the fun?  I’m sure PETA would have a lot to say about this issue. 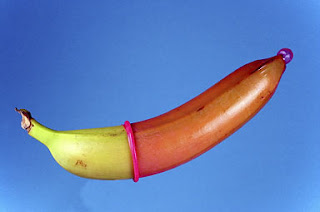 Inserting foreign objects into our rectums is something gay men do.  As per definition a foreign object is anything “originating elsewhere” or simply put “outside of your body”.  So it can be pretty much anything including someone else’s penis, which is predominantly what gay guys prefer.  Some gay guys are also over achievers and sometimes like to have more than one penis up their man hole.  It's true, I have seen it in gay porn.  It doesn't look comfortable at all and not something I am inclined or interesting in doing. Ever.  In my case we have a drawer in our bedroom with preferred foreign objects.  Now don't pretend to gasp for air, you know you have a secret sex drawer too.

Our drawer contains nothing particularly out of the ordinary for a professional homosexual on the go.  We have the usual socially accepted objects, you know what I mean.  My father-in-law, a few years ago, accidentally opened this drawer thus destroying any illusions he may have had of his son and I being celibate and not engaging in anal sex.  He emerged from the ordeal pale as a ghost and dramatically quiet for the rest of that day.  He’s probably still traumatized and digesting what he had seen.  I believe that mental pictures that were inadvertently burned into his mind still haunts his dream till this day.

Using foreign objects that you can buy from any sex shop or online to enhance your sexual experience is one thing, but what if you don’t have the time or money.  Well, like any resourceful homosexual will tell you, there are a plethora of everyday household objects that you can safely use.  Let’s turn our attention to your kitchen.  Fruit and vegetables like bananas, cucumbers and carrots are perfectly safe.  You won't get any nutritional value from them but you will have fun and in some cases vegetables can be orgasmic. Just don't use them in a salad later.  That would just be gross.  Butternuts on the other hand are not safe nor are any frozen items, fish or cutlery.  The broom closet is pretty self explanatory as most closeted right wing evangelist pastors will tell you. 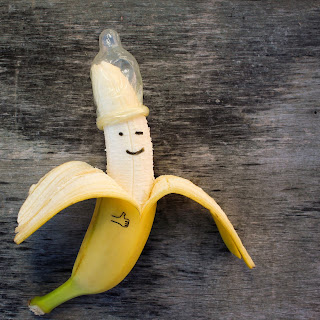 When it comes to the bathroom and the bedroom wardrobe it could get a little dicey.  Firstly, it is not good hygiene to insert anything into your ass that you will not be able to get out again later, having to wash your face with or have to put in your mouth.  Secondly, electrical items and anything bigger than your hand and arm could pose some serious medical repercussions and should always be used with extreme caution.  I would advice you to first consult with your physician but I can see how that conversation could be awkward.  It is also extremely important to remember that KY conducts electricity extremely well, as I can attest to from personal experience, and electrocution does not enhance an orgasm, it does quite the opposite and it's not fun nor is it sexy!

My iPhone is the one item I have never considered inserting into my rectum and people who do clearly have no respect for their phones, themselves or other people and they should be ashamed of themselves!  Honestly, what if you get a very important call, a Facebook message or a tweet?  Are you going to phone, message and tweet that person back apologizing by saying “I was busy stimulating my prostate, and thank you for calling me at exactly the right time – you really hit the spot for me!  It was the best orgasm EVER! Thank you for making me cum!”  I didn't think so people.

Contemplating the good Pastor’s recent comments and especially the part about gay men’s rectums being mutilated resulting in some gay men having to walk around with butt plugs and diapers, I consulted with a medical professional.  My pharmacist told me it was bullshit!  Sure with regular abuse and inserting very large objects the sphincter muscle can get damaged and deformed over time; but for that to happen the person must have been doing some seriously fucked up shit to themselves and their assholes.  And surely this is not the norm.  To conclude, any person who walks around with a butt plug up his ass for a whole day has some serious skills and I am sure that would be dreadfully uncomfortable.  As for wearing diapers, I don't think I am into that baby fetish shit. I mean who would want to shit their pants on purpose?

Whether Pastor Patrick Wooden spoke from personal experience or secret desires, I guess we will never really know for certain.  His fascination with gay anal sex and brevity of knowledge on the subject does however slightly impress.  But, I am sad to say Pastor Patrick Wooden, there are some things gay men will not put up our asses and your dick ranks number one on that list.  Even though I do admire the fact that you are so very adventurous with your own anus, I will never be as able a power bottom as you do.  Your accomplishments are awe inspiring!

Till next time.
Posted by Bitter Bitches at 10:08