I am so offended! I don't have a STD!

Apparently having a urinary track infection (UTI) is quite normal especially if you are a women. Or so I have been told. I have no way of verifying that with clinical research. Also, if you are gay and have a UTI it is perfectly normal for a nurse to make the assumption that you have slept around while drinking excessively and that your UTI is in all probability is a STD. This  is what happened to me this week. 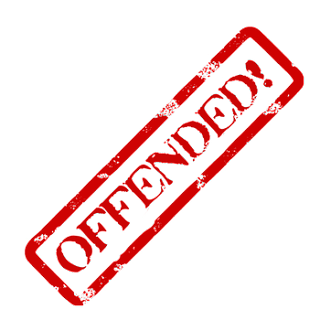 On Tuesday I woke up blissfully unaware that I had a UTI. That was until I had to pee. When I did I was in considerable pain causing me to negotiate with myself for how long I could hold my pee in before I would die. Apparently not long (holding it in, not the dying part). What made it worse was that I was also passing a kidney stone which is right up there on the "I want to die" pain scale.

As the day progressed and I noticed that there was blood in my urine and I grew increasingly concerned. I did not want to die of blood loss through my penis because that would not make for a good story at my funeral. "How did he die? Well, uhm he bled to death? How? Through his penis?"

Naturally when you suspect that you have a UTI you see your doctor. Unfortunately mine was indisposed and could only see me in two days time. Which, when you have a UTI and about to pass a rock through your penis, is a fucking long time to wait.

I did not want to go to the emergency room for my UTI and kidney stone. You see, the problem was that the last time I was there I thought I was having a heart attack which turned out to only be severe heartburn. As such I can never show my face there again. So I opted to go to there pharmacy. It seemed like the lesser of two evils. Also, they did not know about my heartburn incident and would not judge me me.

When I got to the pharmacy and explained my symptoms they seemed quite accommodating at giving me something to make everything better. Well, that was until they heard that there was blood in my urine and then they treated me like a zombie asking for drugs. Feeling less confident to assist me (because they did not want to kill me) I was referred to the nurse. And this is where things went south rather quickly.

I got into the nurse's consulting room and explained what was going on. I just wanted to pass my kidney stone in peace and have my UTI sorted out. So she made me pee in a cup. This would have been fine had I not been experiencing pain at the time. Knowing that I really did not have a choice I reluctantly I complied.

She took the cup with my penis blood and urine and stuck a stick into it and looked at it and then looked at me and said "Hmm there seems to be a lot going on here" To which I thought "No shit lady. Why do you think I am here?" But I didn't say that because I am a gentleman. She said that I definitely had a UTI and then proceeded to ask me if I had been drinking over the weekend to which I responded in the affirmative. This however pissed me off as she made it sound as if I had gone on a drinking binge which was so not the case. And then the part came which really offended me.

"Is your partner also experiencing the same kind of symptoms?" she asked. "Because if he is he would also need to come see me". This made it sound as if my UTI was a STD and that I got it from my husband. I rather rudely responded to her that he wasn't having similar symptoms and that we are not sleeping around. Why I felt the need to explain that to a total stranger holding me pee in her hand is beyond me. But I did it anyway.

Apparently, in her experience, people only come to see her with such symptoms when they are too ashamed to go to their regular doctor because they do have a STD and know it. I found the stereotype I was being boxed into offensive and I was even more upset because it was painful when I peed. It seems that if I am in pain and I don't get drugs to make it go away that I too become rather judgmental: I thought that she was being a bitch which in all probability was not really the case.

I have never used the word penis this often in any of the blog posts I have ever written. So if you are offended by penises I am sorry. It is just that gay guys know a lot about penises and for that I apologize too. Well, not really. But it is what it is. My UTI is being treated and is healing and I passed the kidney stone with great effort. I am still alive and not peeing blood anymore which is a win in my books. I am still offended by the nurse's assumption about me and gay guys in general but I will get over it. However, I will never see her again because I do not plan on getting a STD and if I had one I'd rather see my regular doctor. I prefer being judged by people I know.

Till next time.
Posted by Bitter Bitches at 13:36