No, I don't want to friend your cock

I have been on Facebook since 25 June 2007.  That is like a really serious commitment or relationship in the cyber world.  I have been on Facebook longer than most people’s relationships last; longer than what most people, including myself, stay at the same job.  Through the last nine years I had my fair share of dramas on and with Facebook. It's like having a really needy lover. I have also learned that there are seriously unstable people on Facebook who desperately need to be fucking medicated and in therapy.  They make me lean toward being a misanthropic person as I don't like to deal with fucked up people in real life nor do I want to in the cyber world. Reflecting back on my, sometimes tumultuous, relationship with Facebook I could not help but wonder, are people really as fucked up in real life as they seem to be on the internet. 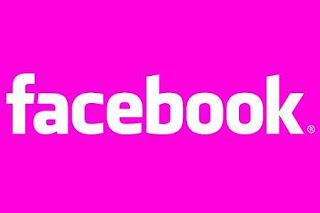 During the last nine years I have been banned from Facebook twice.  Yes banned! Twice!  Coincidentally, both times were preceded by some rather disturbing hate mail I received from some fanatical religious freaks who took great umbrage at my mere existence.  These were the same assholes who, in all probability, reported me to the gods at Facebook who in return, instead of investigating the “complaints”, rather opted to disable my account.  Both times it took weeks and a torrent of emails for the Facebook gatekeepers to come to their senses and to reinstate.  It was much like being broken up with. It was horribly emotional. The most recent time they threatened to banish me was because I had too many friends.

You see, Facebook has a 5000 friend limit.  I have reached that limit a couple of times at which point I was instructed by a faceless bot message to clean up my friend list OR ELSE.  Facebook can sometimes be a very mean and domineering lover. Do you know how long it took me to scrutinize my entire friend list?  It did not take days – it took weeks!  The last time I was threatened to clean up my friend list was last year and it took me a whole week to delete just over 2000 people.  My criteria was simple:  If you don’t have a profile picture of yourself, you were unfriended.  If your name is “Gay Love”, “iFuck a Lot” or “BJ King” or anything ridiculous like that you were deleted.  And if you have your private parts as your profile picture you were unfriended.  And this leads me to my next point.  Why do some people think you are primarily on Facebook for sex?

My Facebook profile clearly states “married” under my relationship status.  Surely the people who inbox me on Facebook can’t be illiterate?  I have gotten countless messages over the years ranging from people who were soliciting sex from me, wanting to know if hubby and I were into gang bangs, asking how big my dick is, what fetishes I am into and the best ones were “ASL” (age sex location).  Now if you need to ask me that on Facebook you are either just fucking retarded or super lazy!  I mean honestly, don’t these people read your profile before sending you profanities and wanting to have carnal knowledge of your body?  If I don’t know you chances are good that I also don’t want to play occupy the anus with you especially if we are not even on the same continent. Have these people never heard about fucking Grindr?

And then there are the people on Facebook who firmly believe that their dicks are their best physical attribute.  They are so very proud of their penises that they prominently display it as their profile pictures.  Now if you invite me as a friend and all I can see is your erection that is pointing the wrong way which barely disguises your unkept bush and hairy balls, chances are good that I will not accept your request.  Chances are even better that I will report your profile to Facebook and the message you will get in your inbox from me will read “No, I don’t want to friend your cock!”  I mean seriously, would you walk around in public with your crown jewels hanging out of your pants?  Doing it on Facebook is pretty much the same thing, don’t you think? You should be ashamed of yourself and possibly be arrested or lewd and lascivious conduct. There should really be a law about stuff like this. Just saying.

The other crowd of the people who occasionally annoy me on Facebook are the folks who clearly need to be in therapy and who are always airing all of their dirty laundry in public.  Sure sometimes it is entertaining reading their status updates in my news feed.  Following their mental meltdowns during the course of eight hours or reading how they are trying to get rid of their one night stands the next morning is quite entertaining.  But have these folks no shame?  Are they not aware that their friends are reading these status updates and are judging them?  Some days while reading my news feed on Facebook I feel so much more normal and mentally stable in comparison to some of my internet friends.  Watching their shit go down in real time feels a little voyeuristic, but hey if they post it who am I not to read it. The little melodramas is like watching a soap on television the only difference being that you can comment and engage with the characters. Not that I do that but I have been very tempted to.

Lastly, I have a certain group on Facebook which I have been trying to close down now for well over three years but with little success.  Apparently winning a war in Iraq is easier than closing down a group on Facebook.  I decided to close the group down due to spam, people using it as their personal sex hookup spot, endless “add me” posts and a few other unsavory reasons.  I have closed the wall, banned hundreds of folks and outright threatened people.  Yet, the group continues to grow and currently have well over 22 000 members.  It boggles the mind.  Why would people stay in a group where they can’t do anything?  Moreover, why the hell would anyone want to join the group either?  The group is called “Gaywarfare” but it should be called “Whores, Orgies &amp; Spam” instead.

Yes, Facebook is filled to its cyber brim with some fucked up people.  Perhaps some folks on Facebook think that I am fucked up as well, the lord knows I too have my moments. The internet and Facebook is the one place where you can truly embrace how fucked up you really are. You can confess all your secrets to your lover called Facebook. You can tell him about all your problems and have a meltdown in front of your laptop and Facebook will comfort you. You can be a hot mess and Facebook will love you anyway. And we will all read about it and secretly judge you while liking your posts. Facebook never said he was the monogamous type. You should really have read his terms and conditions. I think all relationships should have them. If I had terms and conditions which you accepted you cannot later be all like "I did not sign up for this" because you did.