It's the time of year when we are expected supposed to reflect and make resolutions that we never keep but this year I think will be the first time I manage to keep mine because it doesn't involve stopping smoking or starting an exercise regime. If that has to come into play then I resolve to smoke as much as I fucking well please and not take up jogging. I think it's more important to write about what lessons I took from 2015 anyway. 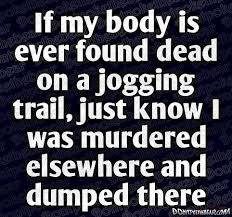 1. That I am still as terrible at housework as I have always been. Even though Precious only went away for 10 days it felt like 10 weeks and I almost kissed her when she got back. I am very good at not seeing the mess, I'm like a horse wearing blinkers. Thankfully Hubs says I'm not lazy, I'm indifferent, and he's right. In my own defense, I did go and look for the mop (it took me almost half an hour to find out where it lived) but it's a new fangled one and I gave up after 30 seconds of trying to figure it out. I'm not sorry at all, I swore 20 years ago that I would never do floors again so I didn't break a promise I made to myself. Back then we were living in a place where every room had white tiles and we were too poor to afford a mop, the kind of poor where one would have to choose between a mop and eating for a few days, and I would literally wash the floors on my knees. Every. Fucking. Day. One day I felt like Scarlett O'Hara when she was clutching the soil in her fists and swore she would never go hungry again. Except mine was I will never do floors again. Not nearly as dramatic, I know, but it works for me. I will count that as me learning to accept my shortcomings as a boervrou. 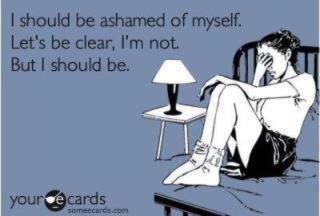 2. That even after being together for decades Hubs and I still party like rock stars. Alone! We had a wee celebration for our 28th wedding anniversary and Precious doesn't believe me that we didn't have a crowd over for a party. The state of The Rabbit Hole was epic, it looked like 50 people partied in there. Mind you, the state of me the next morning wasn't much better either, it took almost as long to recover from that particular knees up as recovering from minor surgery. Ok, maybe longer. Apart from the obvious hangover symptoms I also lost skin off my knees, elbows and the bridge of my nose. Fuck knows how that happened but at least there were no broken bones or stitches needed. I reckon I'm really too long in the tooth now to please explain to the emergency room doctor why I need 15 staples in the back of my head again. So I will count that as me learning to be more responsible. 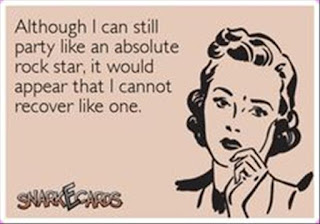 3. That after almost 5 years my Gutterslut Stalkertroll is still at it. Boggles the brain, doesn't it? I read that most stalkers give up after an average of 2 years but not this one. Oh no, this one is speshul. This one is like Herpes and she will keep coming back until I'm dead. I've been asked many times why I don't sue her but in all honesty I am way too embarrassed to admit to our attorney that we were besties for over 10 years. It made a bit more sense after my neurosurgeon told me that my brain tumour I named Irene had been growing for over 10 years so technically she was Irene's friend, not mine.  She is a common disgusting pig and I actually can't believe we were ever friends, nevermind the fact that I loved her like a sister. How fucking embarrassing for me. Words like delusional, insane, jealous, vicious, obsessed and pathetic don't even come close to describing this particular waste of skin. Thanks Irene, thanks a LOT! i feel dirty just having her rooting and snuffling around the periphery of my life like a truffle hunting sow. This shit is getting beyond boring and I also don't like the pity I am starting to feel for her because how miserable must one's life be to stalk an ex friend for going on 5 years? So I will count that as me learning to embrace my inner asshole I have kept in check for so long and end this. 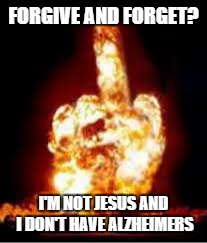 I've learned a few other things too but I think the top 3 will do just fine. Oooh, and apparently I still like making lists! Almost forgot about that. As far as resolutions go, they're pretty simple. I am embracing my inner asshole this year because I've been accused of it so often and doing a pisspoor job of it won't do. I was also going to add losing weight but thanks to my ulcer that seems to be killing me slowly I'm ok on that front. So yeah, being an uber asshole and giving that bitch wings seems to be it. Oh, and saying NO more often. Short and sweet!

Posted by GeeGee Curtained at 15:34