I got pushed out of a plane once.

I jumped out of a plane once. At night! I cannot say that I enjoyed it or did it out of my own free will. I was pushed and being deathly afraid of heights I almost shit myself. This happened a few years ago and is not something I like to talk about seeing as I am still traumatized by the whole experience. It wasn't my finest hour and I lost all composure which is not something that happens often. But let me start at the beginning. 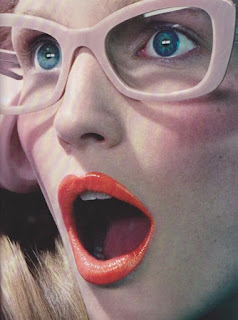 My career has been quite interesting thus far. It is by no means a career one would associate with a homosexual like me. I mean I am not butch, don't play sports (because running after balls are stupid if not attached to a man) and generally I don't like doing things that will mess up my hair. Therefore, very few people would imagine that I am good with guns and knives, got training from the military and did some work that is considered to be "dangerous".  I have always come across as unassuming which has made me very successful in what I do for a living.

That being said, it doesn't mean that I have not been terrified or considered the work that I do as the result of bad life choices. The one time I really knew that I may have made some bad career decisions was when I received training from the military.  At the time it was compulsory that I spend three months at the military. In other words I was forced into it kicking and screaming when I heard about it. I had so many questions and the same amount of serious reservations about the whole thing.

My first day there I felt completely out of place. I was surrounded by very butch guys and the women were no different. The one guy even looked like he had killed some people and liked it. I knew if the shit were to hit the fan that he would be my best option to stay alive so I immediately made friends with him. I also made friends with a few women in my group because I also knew that if the shit hits the fan that I would be able to out run them and they would be my human shields behind me. I know it sounds horrible but it is a survival thing.

The first two months went by without much drama. I scored at the top of my group and I was quite proud of myself. I did good academically and especially with the practical work which surprised everybody including myself. At that stage I thought it was quite easy and fell into a comfort zone. I felt like I would be able to cruise through the last month and afterwards would be able to boast about my achievements at the army. But that comfort zone was not to last and shit got real really soon after that.

During the last month we traveled to another military base and spend the week there. The base sounded interesting as they had a small air force base and we would get to blow shit up. The fact that they had a small air force base in that small town meant nothing to me until we were told that we had to do a tandem night skydive. At first I thought heard wrong and muttered "Say what now?!  You mean I have to jump out of a plane at night being bound to a person who I don't know and I am not sure I can trust?!"  To which the general looked at me disapprovingly and said in a annoyed voice "Affirmative."

At that point I was done with the army because they were all a bunch of reckless assholes with a death wish. I was not about to die in a skydiving accident and I tried my hardest to get out of it. I even faked having diarrhea. Well I wasn't faking it so much as I wished that my nervous bowels will get me out of the whole thing. An hour before we had to jump I prayed for it to all just be a bad dream but it wasn't. I had to do the jump in order to successfully complete my training.

As I was handed my jumpsuit and other things that I needed all I could think about was how I hated my life. I stood there looked at myself and my trembling hands and thought that if I died my family would not even be able to have a open casket at my funeral. Open caskets at funerals are important to me because how else can you verify that the person is actually dead. But I digress...

I got into the plane, well more I was pushed into it. As they closed the door and we were taking off I was about to become unhinged. I was about to loose my shit and was looking for anything I could grab onto when it was my turn to plummet to my death. The guy I was to jump with saw I was nervous and then decided to make things worse by saying "Relax. Nothing bad will happen and if it does you will die quickly and not feel a thing". He then laughed and tied my to his sarcastic body. I was starting to feel violated.

When the plane door opened and the wind came rushing in I knew that I was about to die. I was third in line to be pushed out of the plane and at that point I no longer minded what people thought of me. I resorted to begging and trying to negotiate my way out of it. As the two guys in front of me plummeted from the plane I knew it was my turn. My turn to die!

I was told to cross my arms until we had cleared the plane and only then I was allowed to extend them. At that point I was already in the fetus position with my eyes closed. Much like a cat I thought that if my eyes were closed nothing will happen and what I was to experience was just a bad joke.  I was wrong. The countdown started and the bastard pushed me out of the place at the count of 2 and not 1. As I was plummeting to earth my screams were dulled by the cold air that rushed passed me. I looked like a dog sticking its head out of a car window that's going down the freeway. It was very unflattering and really fucked with my botox.

As the parachute opened and I was jilted upwards I panicked again as I was worried that I might be ripped from the guy I jumped with. There were more screams and I could hear the guy laughing. We floated down to the ground and when the guy said I must lift my legs up as we landed I felt the kind of relieve that I never experienced before. I got unlatched from the guy and had to sit for a few minutes as my legs were not working. The guy, whose name I never asked, said "Let's do it again" to which I responded "Go fuck yourself! I never want to see you again!"

After the skydiving experience, that almost saw me shit my pants, we were trucked back to the base. At that point I was pretty pissed off and hated the army and everyone in it. The only redeeming quality of that night was when we got to blow shit up. We had two hours of bombing stuff and being on the sharp end watching how different types of weapons and missiles do different types of damage. It was nice but did not really make up for the abuse I suffered earlier that night. As I finished my training at the military I vowed to never return. And I didn't nor do I ever plan to.