On being a baby lesbian


So, for those of you that don’t know, I’m thoroughly a 90’s kid. Born in 1990 on the dot, I’m starting to feel the fossilisation as I approach my 26th revolution around the fireball we call the Sun. Even so, I still have a lot of growing up to do. For one, I’m still sponging off my parents, but I’m trying very hard not to be a NEET.

Anyway, I have always felt this weird schism within myself regarding my age. On one hand, I feel so much older than other 20-somethings, but on the other I feel like I missed out on a lot and I’m still that awkward kid trying to figure out what to do with her rapidly pubescing body.

When I was a teenager, I was kind of a prude. A lot of that was to do with the fact that I was scared shitless of other people, and there’s not much room for experimentation with anything when you spend 8 hours a day at school and the rest locked in your room listening to Blondie and Alanis Morissette (or System of a Down when I was angry). I got drunk for the first time when I was 18, and my friend’s mom made me drink one of those big bottles of that god-awfully sweet Four Cousins rosé. My experimentation with sex involved me writing some very unrealistic naughty stories on a site I wasn’t even close to old enough to be on, legally speaking. So I was pretty much stuck in some kind of limbo some people would consider very boring until university. 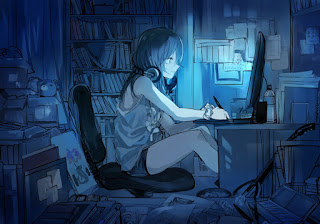 That’s not to say I went completely wild like some of my friends did when they hit first year, but for once in my life I started to settle into my own skin and stopped being such a fucking stick-in-the-mud. By that time I’d just realised I’m clearly not a heterosexual – something that had been in the back of my mind since I was about 15 and couldn’t stop thinking about kissing my one friend, but was made real to me in the months leading up to Orientation Week (heh) like a very hard slap in the face when I found myself watching Imagine Me & You (Lena Headey – woof!). Most of my first year was spent pining over this girl in my English class who I eventually took on a pseudo-date only to find out she was completely straight when she kind of freaked out when she realised what I was up to. I got a few more mixed signals from her, but ultimately I avoided her after that.

When I was 21, my one friend, who has been openly gay from the time she was like 14 years old, let me join her at a gay bar she wanted to go to. It was the first time I’d (properly) set foot in a club, gay or not. I got very drunk. I was sitting chatting to my friend who messaged to check up on me as he knew it was my first club experience, when this woman came up to me and handed me her BBM pin on a scrap of paper, telling me to use it or don’t use it, before disappearing again into the ether. Long story short, she’s now my girlfriend and we’ve been together for nearly four years.

Yes, I was already 21 when I had my first kiss, when I first slept with someone, when I started my first relationship. Some people, including the wife (well, she will be my wife soon enough) tell me I’m very lucky that I haven’t ever had my heart broken and that I found my soulmate (if you believe in that – I do) right off the bat. I wouldn’t trade what I have for anything, but sometimes I wish I had been more normal when I was younger.

I still wish I was normal today, but hell – if it hasn’t happened by now it never fucking will so I may as well stop deluding myself.

I feel like I’ve been thrown in the deep end sometimes – the sex alone is confusing. How the hell am I supposed to know what I’m doing if the most intimate I’ve ever been with someone before was asking them if I could borrow their pencil and then accidentally chewing on it because I was daydreaming?

I still have a long ways to go in both the relating and the relations departments but luckily I’m a quick learner. And boy, am I learning! Luckily I have a great teacher, as well as the internet to tell me all about the myriad of things I didn’t know before. Like how much of a dork I am. 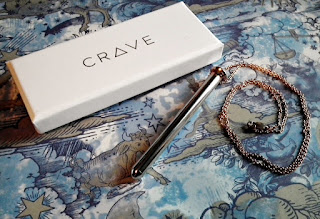 I may be behind in a lot of ways, but I’ll say it again – the only real bummer about the way my life turned out is that I didn’t meet my girlfriend a lot sooner...

...and that I’m nearly 26 and I giggle at vibrators online and watch cooking shows obsessively instead of focussing on my academia and career – because sometimes my brain just wants me to be a teenager again.
Posted by Murasaki at 09:50